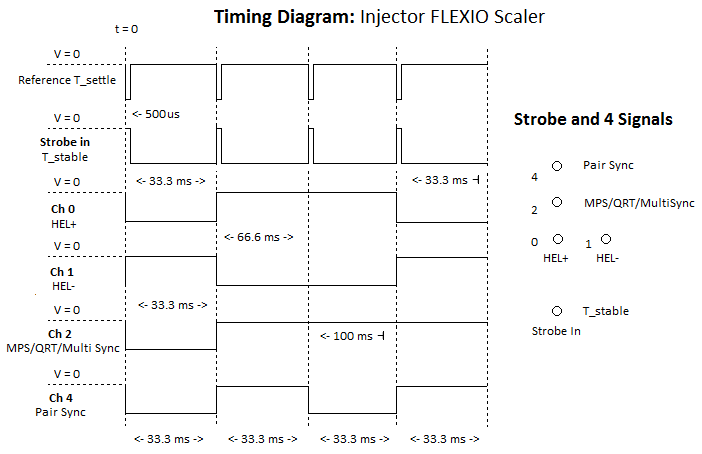 2. SIS3801 scaler timing and the FLEXIO strobe both look good. We need to check the relationship of the helicity-related bits from SIS3801 to the same from the FLEXIO. They need to be in lock-step agreement.

3. It looks like the VQWK gates come at the end of T_settle, and the readout starts 112 usec later. This is fine if the integration of a next pulse can occur while a readout is occuring. I suppose the frontend integration is decoupled from the data buffer, as long as the integration occurs well before we try to read data. We can check the VQWK user manual and ask Paul, but another test I suggest, using the CH config, is to send a random-jumping DAC value into both a VQWK and a HAPPEX ADC. Since I know how the HAPPEX ADCs work, this will confirm how the VQWK adcs work and show that they are in synch. If all that is fine, it implies that the VQWK data belongs to the previous helicity window, i.e. the one prior to where it is being read, which I think is what we want.

4. We should discuss your "issues" in person. Timings that are in excess of 20 nsec are ok for signals that are expected to be stable. But microsec is better. We have gate generators, so we can fix this if necessary. Also, wiggles are worrisome, but generally the electronics triggers on leading edges (False to True) except for Veto logic which should be stable during the time. If a wiggles crosses the NIM-logic threshold it's bad.